It is Tuesday and we are at a truckstop near Seattle. We left Minnesota on Sunday night and travelled literally all day Monday with a double driver to get to the coast, over 1600 miles. More about that later.


There was a horrific accident on the way into Detroit from Cleveland. A lorry had gone up an embankment and fallen on some cars. There was nothing left. It was raining and everywhere looked pretty grim. Detroit was rough, really rough. I guess it is just a run down city, home of the car industry in the U.S., but I certainly felt no need to run the gauntlet and do any sight seeing whatsoever. Infact the furthest I walked all day was to the gig or to the front to grab a photo. But, interesting venue. A massive cinema built in 1939 which must have been really impressive in it’s time.


We were given a five minute warning at soundcheck that the doors would be opening..thanks for that, nothing like a bit of pressure.


It was onto Chicago and The House Of Blues. Woke up in an underground car park. The bunks on our bus are so dark that you rely on daylight to give you a clue about getting up or not. The House Of Blues is a great venue. About ten years old but it is designed to look like an old theater.

Great crew, catering, showers but 1 million steps to the top floor dressing rooms. It was certainly a test of everyones fitness doing that stretch believe you me. There were definitely a few people bent over with hands on hips at the summit! Show was a 1300 sell out. Had a quick walk out after soundcheck with Aaron.


Chicago looks like a great city and I am looking forward to going back and seeing more at some point. Got to say that dinner was just amazing and small things like that make a wealth of difference during the quagmire of the road.


Cue Fernando Rosario, this guy rules. Born and bred in Brooklyn NYC. Now I know you are fond of my phonetic translations, gives you a flavour of the bus….a flavour is better than a smell believe you me! Our conversation ends something like this:


J (Manc) ” Hey Fernando. Did ya know beer is bad for yuh?”
F (NY) ” WAT? Beyur iz bayd fur yoo. Wat ya jivin abouwt maaaan?”
J (Manc) ” Yeah, there was a laboratory test where they made a rat drink 480 bottles of lager one after another…and it died!
F (NY) ” Dooooode. Yu gotta be shi**ing me maaaan. Don’t mayke me com over theyre and hayve to stove ya head in wid a ratchet!”


Minnesota looked like a great place. We had an early show today so there was no time for looking around. Across the road was the Target Centre which was to host a Halloween Ozzy show and there was a Hard Rock Cafe across the road. Killer show tonight. A really good reaction. Everyone was really pleased. We headed over to Hard Rock for dinner after the show and just as I was tucking into my last fajita I heard this voice, ” Alright you miserable Northern gits!” It was my mate Sean McCarthy. What are the chances of that. It is a small world indeed. Sean, who I met ten years ago, was Dave Lombardo’s drum tech when my band supported Grip Inc in Europe. He is now HIM’s drum tech and they had been in town the night before. Sean then proceeded to pour Strongbow and Magners down my neck at an alarming rate causing me to talk rubbish loudly for 20 minutes before getting slightly morose and then falling asleep. If ever HIM are in your town, drop a 4 pack of Strongbow off for Sean at the bus…he will be your best mate! 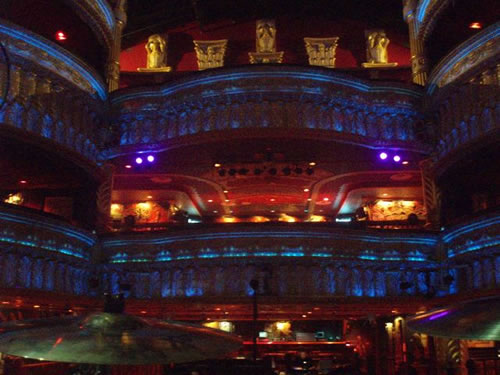 And that lead us to our mammoth 25 hour hike across the US. We mainly crossed the cowboy country of Montana past Yellowstone River, the town of Custer and the site of the Battle of Little Big Horn where Custer had his last stand. Interesting to see but very remote.


Thanks T Mobile and AT&T for your khazi mobile coverage…our families thought we had been scalped by red indians.


Credit goes to bill and Eddie for their top driving exploits and to Subway sandwiches for always being there when we need you.


So we had a pretty chilled day off in Seattle and are now looking forward to our assault on the west coast…LA here we come! 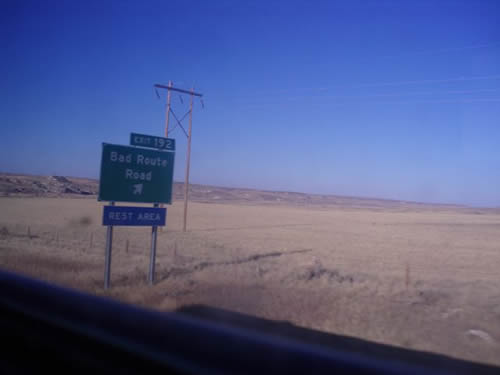