Since the dawn of time man has strived and foraged to find the necessary basics to sustain life and to keep the grip on the slender thread of life as we know it. Shift forward a few million years and we find Paradise Lost’s tour bus with neanderthal man desperately trying to find wireless internet!


Welcome to week number two where things have been a little more silly, alcohol has flowed and two days off have been had, chewed up and spat out. Everyone was ready for a day off after Portugal. We were all tired and needed a release. Seven show days in a row is tough at any level. We ended up in Santander (Northern Spain). A nice sunny day. We were out late for dinner and then we found an Australian bar where booze flowed freely and I was able to watch Manchester United’s fine victory in Lisbon… 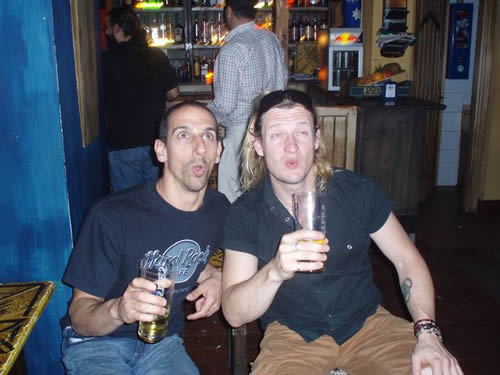 Superb! We labelled this as Rob’s big night out, mainly as everything is always bigger than Rob. 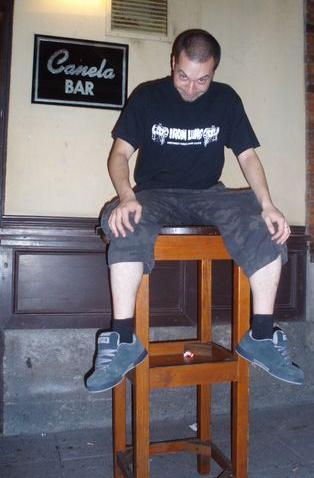 Bordeaux was great, really good catering. We had literally gone for a week without a good meal. We were eating like kings…Burger Kings! And then yesterday we landed in Lyon France for a day off. We were all feeling pretty bushed. So most of us had a quite afternoon in the town squares drinking coffee and wine before taking in a fine steak dinner, whilst Greg, Milly and Danny went out and drank everything in their sight. Like a plague of locusts (in alcoholic consumption terms) Lyon may never be the same again!


They arrived back at the bus completely hammered, Greg babbling rubbish, Milly telling us every twenty seconds that he wasn’t drunk (for four hours) and Danny looking like a paper mache extra from Greys Anatomy. Apparently 14 bottles of wine had been consumed!


So at 6am today Milly decided it would be a good idea to go to bed and take an open bottle of wine with him. This morning it looked like someone had been butchered in his bed and today he has been rather apologetic.


Jeffo and the Northern Massive!