Last night. Stage time. We move across from our upstairs dressing room, across an upstairs bar, through a doorway, down some steps, through another doorway into a downstairs room (which stinks and has lots of pipes passing through it), then through two doors which leads us outside into the freezing cold where we have to walk right to the back of the venue where we turn left, pass through another door, go up some stairs and finally…we make it to face the audience where Nick says, “ Hello Cleveland! Sorry we’re late…we couldn’t find the stage!” Classic Spinal Tap!

Well we are here, two weeks in to six weeks of American mayhem and it has been mayhem. We arrived on US soil late afternoon on the 13th of October. First thing we knew was that our tour bus wouldn’t be turning up and our large deposit was for now lost. Also my Yamaha drum kit wasn’t going to arrive due to extortionate freight costs! In place of the bus we had a 15 seater van and trailer which was going to be very tough for us old men.

We met Karl Schwarz, our front of house engineer and tour manager. A New Yorker who always has a smile. He has a great sense of humour and can give as good as he takes. Nick was our driver. Very dry sense of humour too. He was to become our merch guy after we received our new bus. Finally Justin. A young lad from California who was to be our guitar tech. A nice lad but very quiet.

We headed up from JFK to Hartford which was quite a long drive considering we had all had a very long day. We eventually got to Super 8, a motel and bedded down for the night. 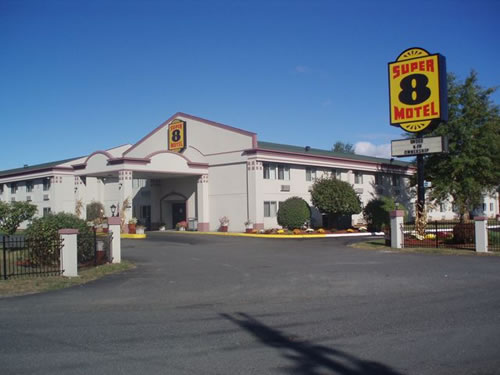 We had just come off a successful European tour and if ever we needed to be brought down to earth the first gig did it good and proper. Lets face facts. We are not very well known in the US and it was a pretty badly attended show for a headliner. Our jet lag pain was compounded by a blow to our fragile egos…but…the people there loved it, were very vocal and got to hang out with us in our dressing room which was a section behind the bar..near the toilets.

We travelled down to New Jersey for the night and then carried on down to Virginia and Jaxx nightclub to team up with Nightwish. Jaxx is a great club in a shopping mall. There are no dressing rooms, so we had to change and get ready in the van (very punk rock) but it was fine. Really enjoyed the show but Steve had bass problems and Justin didn’t seem to know what to do. It started to dawn on us that Justin maybe wasn’t the right guy for the job. 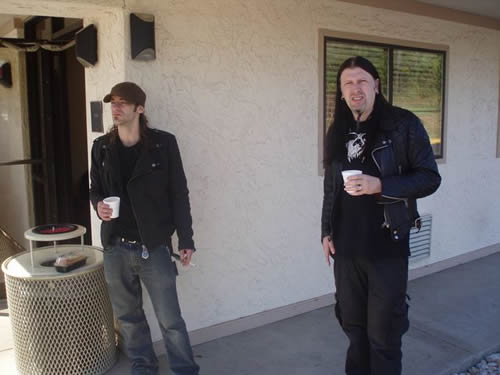 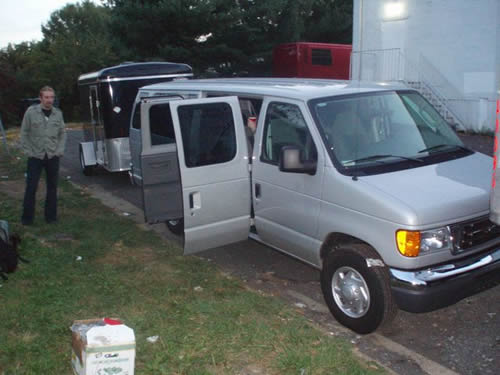 First impressions of Nightwish, crikey, this band are big out here. Nice guys who we have played with before and Annette the new singer is absolutely awesome! Amazing singer, great frontwoman and a really nice girl. Full marks!!

We then dragged our sorry tired backsides back up north to Philadelphia to play the lovely Trocadero theater. 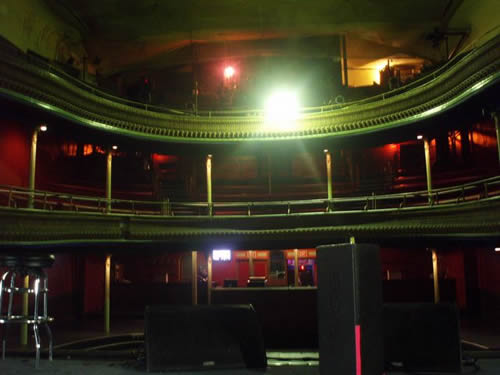 Two hundred years old, an old burlesque joint full of character with a good high stage. Philly, of course was the scene for the Rocky movies, so Aaron and I knocked out an impromptu version of ‘Eye Of The Tiger’ during soundcheck, much to everyones amusement. Top reaction for the show. Aaron and I were gutted to find out that the famous steps used in the Rocky movie were 5 minutes walk away and it was too late to go and run up them.

A well deserved day off in Belmawr New Jersey was next. Everyone was knackered and glad of the break. We decided to let Justin go as it wasn’t really working out which was sad but just business, nothing personal.

So, we picked the new guy up on the way into New York. He was drunk, loud and couldn’t be further from what we needed…30 minutes later he was fired but I trust he had a nice trip into the city!!

Now I love New York, it is just so exciting to be there.

We played The Nokia Theater which is a relatively new venue created from an old cinema right on Times Square.

I just loved the day. You never want the day to end here and needing to sleep is a right pain in the arse! Our management flew out from England as did some mates. Hi to Chris and his unfeasibly large merch wardrobe! It was a brilliant show with a good reaction and best of all, finally, our new bus was booked to arrive on the following Saturday. We met our new guitar tech Fernando, who has played in bands with people such as Mike Monroe, seemed cool and seemed likely to last more than the last geezer in the tech time stakes! 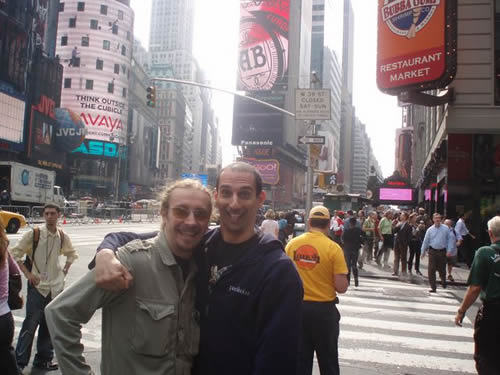 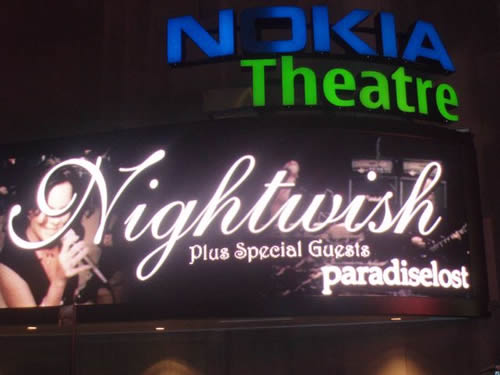 All was happy in my world. But we were all exhausted and run down and a 5am hotel stop post New York didn’t help…illness was to descend. I was to feel like poo…in Poughkeepsie!