It is midday on Friday. We are on the I80 heading into San Francisco. As usual I am the only one up so I get to sit in the back lounge of the bus and watch the world pass by. We are half way through, so from now it feels like we are winding down a long road home. This next seven days will see us wind down a very long road through California, Arizona, New Mexico and Texas. Atleast it will be warmer. Past few days have been a bit nippy.


We all quite enjoyed our day off in Seattle. Smart town. Spent most of our time around the market area as there was loads of variety for food. In the afternoon we all went to see 30 Days Of Night which was pretty scary but good and then found The Elephant and Castle for some British ale action.


Everyone was feeling pretty tired so enjoyed the opportunity to recharge the batteries.


We had not had any wireless internet for a couple of days so everyone converged on the gig early on Halloween to log on. Halloween is massive in the US. People were walking the streets dresses in costumes, a lot of people had made a big effort. At home my oldest boy Charlie went on his first night of ‘trick or treating’ dressed as Dracula. Apparently at the first house he went to he rang the door bell and when the person answered he just barged past them into the house looking for the party! That really tickled me.


Nightwish’s drum kit was covered in spiders webs, Annette dressed up, everyone dressed up but Marco didn’t have a costume so he went on stage in his underpants! The Showbox was sold out and we again received a great reaction. Bit dark though, someone apparently asked where the drummer was. I can guarantee I was there. 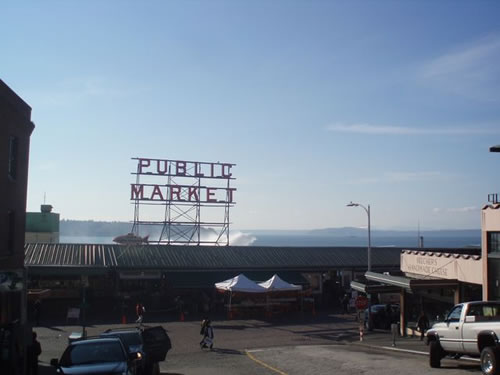 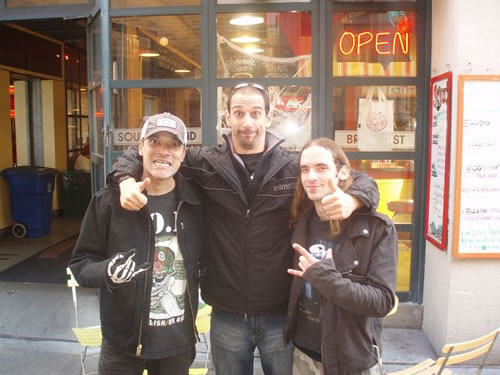 There is a huge and surprising difference between gigs in America and Europe. At home you are guaranteed a shower or a shower room and a good percenage of gigs have catering. In America there are loads of gigs with no shower and no alternative arrangements and catering is normally a buy out. We are all desperate for some fruit and vegetables instead of the bland fried stuff we seem to land ourselves with. It isn’t as easy to get stuff as you would like as most malls are of course out of town and we are bussed in everyday. Interesting fact of the day. Bill, our driver, drove Elvis on his last US tour in 1976. I thought that was pretty cool.


Portland Oregon was the next stop. We did nothing in terms of looking around the town. If you have good internet signal you will not leave the bus! We had a good gig but it was definitely the least well attended show for Nightwish so far, but the audience were really loud. Then it was the long journey overnight into California where I sit now looking out at the bay and mist in San Francisco. 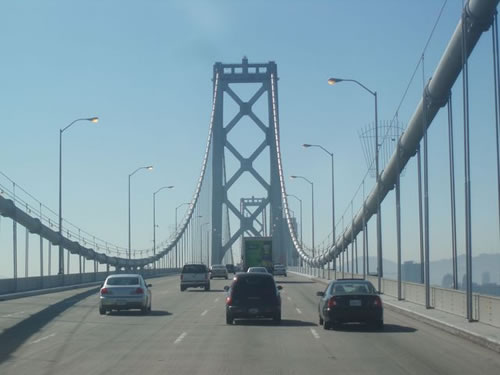 It feels good to be here.