In Albuquerque New Mexico today at a Flying J truck stop waiting to head in to the gig. It is about 80 degrees outside and both Aaron and I feel sick after eating pancakes with our breakfast. Surely pancakes on top of eggs and bacon etc is completely unnecessary, but we did it and are now suffering the dire consequences of our actions! Been feeling pretty homesick for a couple of days. We have been away a long time and I can’t wait to see my wife and kids.


So lets catch up on the past few days which for me have been ace. I spent a bit of time in Los Angeles in 1993 and have some mates who live out here so I always enjoy coming to visit. I like the lifestyle and given a choice would be living in Santa Monica no doubt. So I was uber happy to arrive back on the west coast and annoyingly excited.


San Francisco was an ok day. Weather was good and we walked around a little. The show was packed out and there seemed to be quite a few people who were singing the songs. As the venue had no showers Nick and I walked a couple of blocks to a day room after the gig. When I was in the shower there was a knock on the door. Nick looked through the spyglass and saw a rather large bloke drinking a rather large tin of lager looking rather aggressive. The guy kept knocking but Nick didn’t answer. We were pretty scared as we know how these things work and were scared of getting murdered. We’ve seen loads of films where that happens. It was a rather brisk walk back to the gig after that!


A fan had brought us a basket full of wine, chocs, snacks and stuff which was incredibly kind and appreciated. The bus was covered in the packing tinsel for days! We stopped over night in San Francisco and set off for Los Angeles mid morning next day.


The journey down the west coast is pretty picturesque. You pass desert, mountains, oil fields and cowboy country. We had a pretty long drive so we watched a movie, slept, read, anything to pass the time. We stopped at a restaurant called Andersons on the way down. 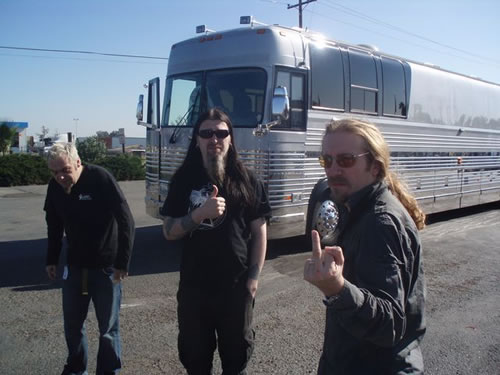 They specialise in pea soup. Pea soup on its own, pea soup and burgers, pea soup and ice cream. Once again encouraged to over eat I just went for pea soup and bread. Blimey, after that it was like Blazing Saddles all the way down into LA! The bus has satellite tv, so we watched Fargo, which I hadn’t seen before. It was grim and depressing which matched the general mood of the bus.


Around late afternoon we stopped at the place where James Dean crashed and died.


As we had photos taken, a Spyder, the car he was driving when he died, passed us and hooted its horn which was pretty spooky.


Finally, around 9pm, we pulled up a block or so away from Mann’s Chinese Theatre near Sunset Boulevard. I was absolutely dying for a cider, so we all headed down to the famous Cat and Fiddle where we had great food and some beers while sat outside. It felt great to be off the bus and especially great to be in the City Of Angels. Around midnight we took a couple of cabs upto the Rainbow bar for more alcohol. 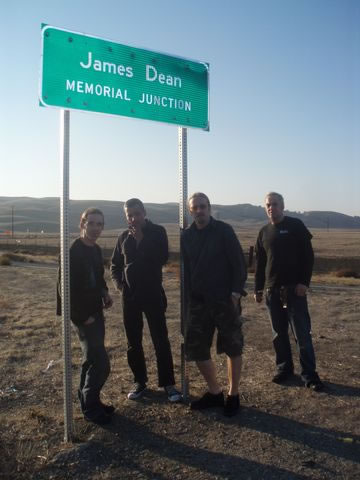 Tommy Lee and Ratt weren’t out but some of the Nightwish guys were in there…and we met up with Chris (and his unfeasibly large merch wardrobe) who was out there on business.


He has the best job in the world. Gets paid to travel the world watching bands he likes. We got cabs back to the bus. Cab rides in LA are scary!! Aaron and I were hungry again, but no where was open apart from a drive thru burger joint. We were going to stand in the queue and pretend to be driving but we couldn’t agree who was driving and he argued that if I was driving I could get pulled up and done by the police for DUI. Doesn’t alcohol make you stupid……we went to bed hungry. 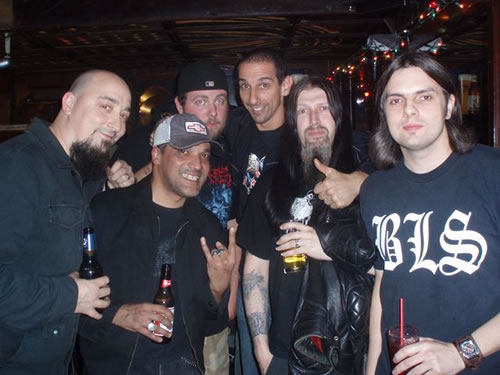 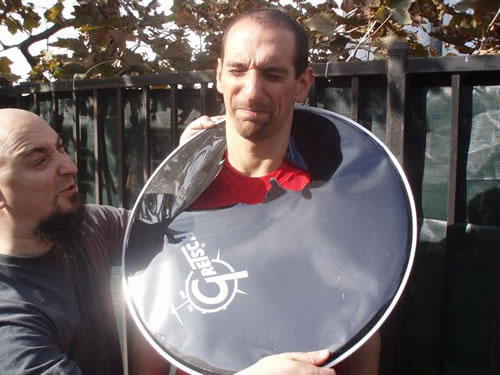 Had a bit of a look around Hollywood on Sunday.

Went up to the gig mid afternoon. Wicked place, made to look like a ramshackle hut. 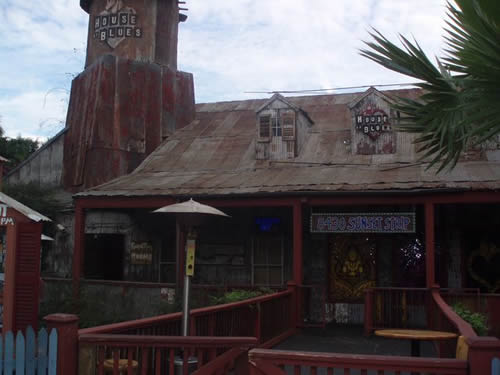 It was a really good show and packed. Loads of friends came to see us. Our producer Rhys, loads of people from Century Media and my good friends Nick and Brice. 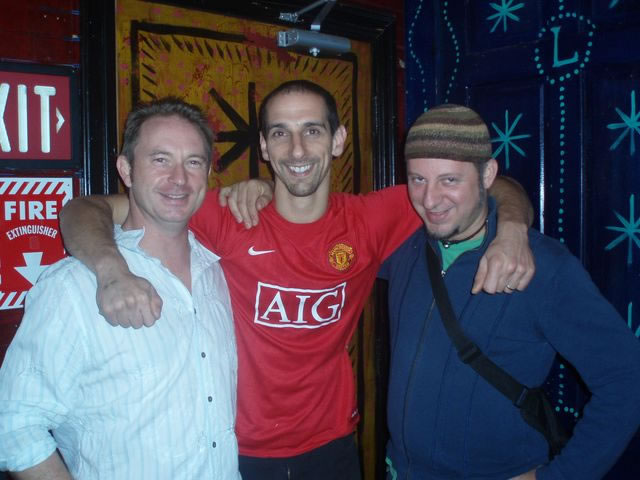 When I stayed out here they helped me get on my feet and get a job. We all worked for a removal firm on Venice Boulevard. Brice was funny, from Paris and very philosophical. Everything was better in Paris. We were working one day and were carrying a big piece of furniture out of a house and he said to me, “ Jiff, ay murst tel yoo, eet ees inevitable.” I asked him what was inevitable and he said,” Noh noh noh. Eet ees inevitable!” Once again I asked him what was going to happen. It turns out he was trying to tell me that it was a heavy table! So we had time to catch up a little and then, sadly, it was time to go.


So, we had another day off and travelled up into the valley where we had a hotel for two nights which was like absolute luxury. So nice to have a proper bed. I was definitely California Dreaming.